The Loss of Three Songwriting Legends in 2020

Each year we lose music legends due to old age or tragedy, but 2020 has been a year of great loss when it comes to legendary songwriters. Hopefully, this article can be complete without any additions. The music created by those mentioned in this article is sure to live in the hearts and souls of their fans forever.

His debut album was released in 1971 and he continued to release new material for decades. In 2020, Prine’s work earned him the Grammy Lifetime Achievement Award. Like many songwriters, his unique voice perfectly accompanied his meaningful, and often humorous, lyrics.

One of Prine’s most famous songs is “Sam Stone” which was covered by Johnny Cash. He wrote a line that truly captures the feeling of desperation and hopelessness in this song about a drug addicted Vietnam war veteran.

The song proclaims, “Jesus Christ died for nothin’, I suppose” when painting an image of the veteran and his family in an emotion filled ballad of drug addiction and the cost of the Vietnam war and the struggles of PTSD.

Prine was drafted in Vietnam war, but was lucky enough to be deployed to West Germany. In a 2018 Rolling Stone interview Prine said, “I was trying to say something about our soldiers who’d go over to Vietnam, killing people and not knowing why you were there. And then a lot of soldiers came home and got hooked on drugs and never could get off of it. I was just trying to think of something as hopeless as that. My mind went right to ‘Jesus Christ died for nothin’, I suppose.”

Another fascinating song written by Prine is “Hello in There.” I won’t go into too much detail, but it has always been fascinating to me that a song about old people could be so damn good. The emotions, nostalgia, and prophecy in this song warrant multiple listens.

“Paradise” was written for Prine’s father and is a reflection on the destruction of nature by the coal mining industry. The landscape and countryside of Western Kentucky has been irrevocably altered and the imagery in the song tells the tale of one person’s childhood memories of the way things were.

The contrasts between the industrial “coal train” and “where the air smelled like snakes” is definite. Prine’s choice of diction show his feelings toward the destruction of nature by big industries by saying “the land was forsaken” and that the coal company “tortured the timber and stripped all the land.”

Paradise, Kentucky is a real place, but Prine uses the name as a symbol for the paradise of the countryside that the coal company is taking away. After he died, half of Prine’s ashes were spread in the Green River in Kentucky that is the setting for “Paradise.”

Other great songs by John Prine include “Illegal Smile,” “Angel from Montgomery,” and “The Great Compromise.” Also, he co-wrote the David Allan Coe hit “You Never Even Called Me by My Name” with Steve Goodman (although Goodman received sole writing credit for it). 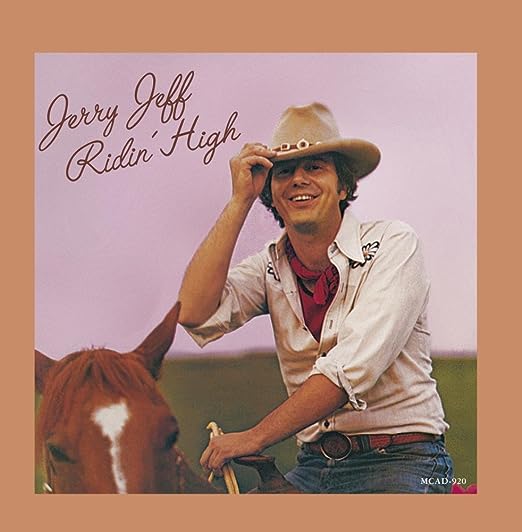 Jerry Jeff Walker died on October 23 at the age of 78 from complications related to throat cancer. If you do not know his music well, you may have heard his name on the Waylon Jennings and Willie Nelson hit, “Luckenbach, Texas (Back to the Basics of Love).

Jerry Jeff Walker did not write a large volume of songs, but he deserves to be regarded as a songwriting legend for a single song- “Mr. Bojangles.” “Mr. Bojangles” has become a much-covered standard since Walker wrote it in 1968.

In 1971, the Nitty Gritty Dirt Band took the song all the way to number 9 on the Billboard 100 Pop Chart.  Many wonder, “Is the story based on a true story?”

Walker wrote about the story in his book “Gypsy Songman” and claimed that the story in the song was based on an experience he had in a New Orleans jail. Jerry Jeff Walker said that he “spent much of that long holiday weekend talking to the old man, hearing about the tough blows life had dealt him, telling him my own dreams.” Even though this is the basis for the story, Mr. Bojangles is based on many people Walker had met throughout the years leading up to 1968.

Jerry Jeff Walker has decades of great music, but this song shows his songwriting expertise that he seldom used. He had success with his cover version of the Ray Wylie Hubbard song “Up Against the Wall Redneck Mother” and his cover of Chris Wall’s “I Feel Like Hank Williams Tonight” is one of my favorite songs.

Billy Joe Shaver passed away on October 28th at the age of 81. He is best known for “Honky Tonk Heroes” that was a hit for fellow Texan Waylon Jennings.

Shaver was a regular at Willie Nelson’s Fourth of July Picnic, a friend of Kris Kristofferson (who covered “Good Christian Soldier” in the early 70s) and Townes Van Zandt, and a leader in the Outlaw country movement.

John Anderson had a hit with Shaver’s song “I’m Just an Old Chunk of Coal” in 1981. This is a song that is reminiscent of the ideals in self-help books, a meditation on the idea that there is darkness before light (or diamonds).

One of his most famous songs is “Live Forever.” He cowrote this piece with his son Eddy who died of a heroin overdose on the last day of the year 2000. This song is the spirit of redemption, the face of optimism, and the soul of Billy Joe himself.

The song “Been to Georgia on a Fast Train” was partly auto-biographical, partly hyperbole. Billy Joe truly did fall in love with country music as a cotton picker and his parent left when he was born (although it was his dad, not his mom like it says in the tune). Despite the tragedy in the lyrics, the song is upbeat and a true anthem of country music.

It is important to note that many other great songwriters passed away in 2020 including Bill Withers, Kenny Rogers, Charlie Daniels, Charley Pride, and Eddie Van Halen.

What is your favorite song by one of these three great songwriters, or the many other songwriters and musicians that 2020 took from us?